The project deals with the issue of flash floods in the European context. The project was done in cooperation with ten partner institutions from six Central European countries in the Czech Republic, Germany, Austria, Poland, Hungary, and Croatia. The project ran between 2017 and 2020 within the international Interreg programme.

The issue of difficult-to-predict flash floods has not yet been addressed on a European scale. For this reason, six Central European countries decided to submit a joint project with the aim of sharing common experiences, solution methodologies and, at the same time, creating joint outputs in the form of a so-called Toolbox. 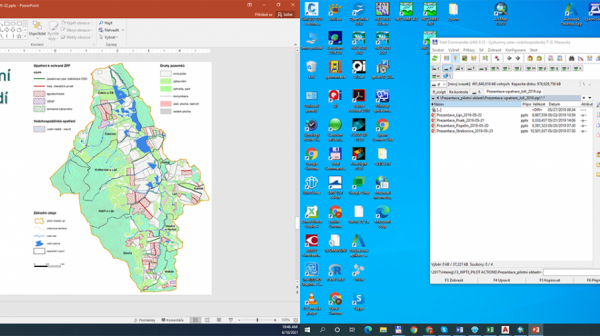 The aim of the project is to analyze the effects of torrential rain and to propose a methodological solution that other European countries can use. Other project aims were to create a so-called Toolbox via outputs such as a catalogue of measures, flood risk mapping, and pilot sites. This output gathered experience and solutions leading to mitigating the effects of flash floods in the European context.

Ten institutions from six Central European countries participated in the project. Individual researchers were represented not only in the form of research organizations, but also representatives of ministries, regional authorities, and river basin managers. The project solution was based on four work packages, for which selected project partners were responsible. TGM WRI was responsible for creating a catalogue of measures to mitigate the effects of flash floods. Other work packages consisted of mapping flood risks from torrential rainfall, pilot sites, and creation of the so-called Toolbox. Detailed information about the project, including all outputs, is available here.